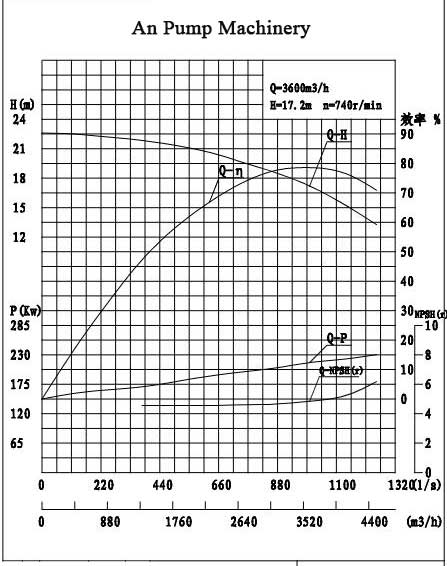 What is the centrifugal pump performance curve?

This performance curve is suitable for a wide range of flow adjustments, while the pressure requirements of small changes in the system. For example, the need to adjust the flow with a regulating valve, but must maintain a certain liquid level or a certain pressure in the system (such as boiler feed pump), the use of a flat performance curve of the pump can play a role in a certain range of automatic maintenance of the liquid level and pressure

This performance curve is suitable for systems that require a large change in the head when the flow rate does not change much, or systems that require a small change in flow rate when the head fluctuates. For example, in the system of transporting fiber slurry, in order to avoid blockage of fiber slurry in the pipeline when the flow rate slows down, that is, we hope that no matter how much the resistance in the pipeline system increases, and the flow rate (flow rate) does not change much, therefore, it is more appropriate to use the pump with steep drop performance.

Eliminate the hump in the curve by using the method of beveling the impeller outer diameter so that the difference between the front and rear flow line lengths is reduced;

The Pump curve shows the Flowrate range on the x-axis. The first point on the curve at zero flow is referred to as “Shut Off” ( This is the head that occurs when the pump is running with the valve closed) and the last point at maximum flow is “Run Out”

The Pump curve shows the head, power, efficiency, and NPSH(r) range on the y-axis

As shown in the picture

When the flow rate and head are given, the feet of the corresponding values on the x-axis and y-axis are the rated operating points of the pump, and the other corresponding parameters can be determined successively

When choosing the pump model, we should consider all parameters to meet the working conditions, and usually choose to use the flow rate of the centrifugal pump for the best efficiency point corresponding to 70% to 120% of the flow rate, which will make the pump life longer and lower power consumption.