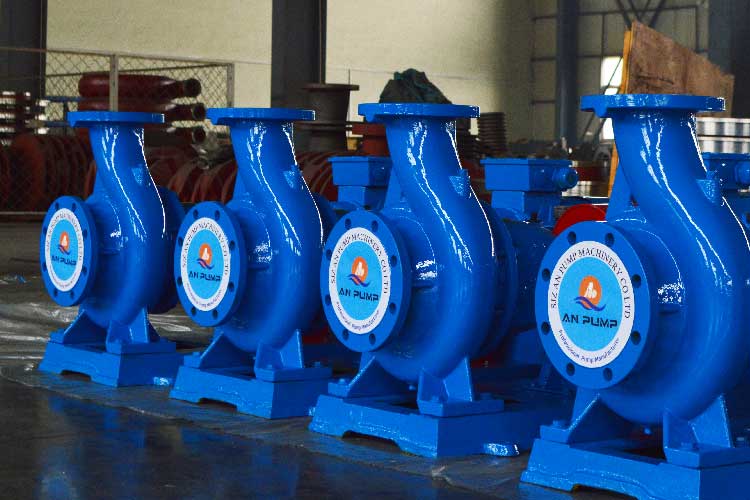 Double suction pump actually consists of two back-to-back impellers, the water flowing from the impeller converges into a worm gear equivalent to two single-suction impellers of the same diameter working at the same time, in the case of the same impeller outer diameter, the flow can be doubled; the advantage of double suction pump is that, at the same speed and flow, cavitation is less likely to occur due to the reduction of inlet flow

Double-suction pump is more suitable for conveying a large flow rate and requires smooth running conditions. When the pump flow requirements are very high, if the pump is a single-suction pump is to have a large pump inlet and outlet caliber, at the same time, the speed can not be too large, need to stabilize at about 1450rmp. If the double-suction pump is used, the size and weight of the pump can be relatively reduced, the rotational speed can also be increased, and the volumetric efficiency increased